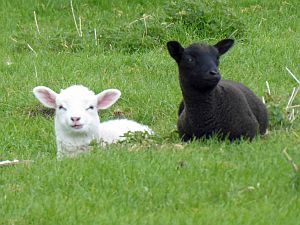 A pair of newborn lambs.

For everyone, this has been a year of uncertainty. For many it has been tragic, losing loved ones, losing jobs, losing businesses, feeling lonliness. But despite the bad news ever flowing from the media, there have been special times.

We enjoyed a glorious spring and, as we were not moving, we were able to follow nature's abundance in one area. We went for walks, seeing newborn lambs and finding paths we did not know existed. We were delighted with two broods of ducklings, and we even found names for the mothers – Jemima and Mrs Brown.

We noticed the reduced amount of pollution in the air, and the amazing blossom on the bushes. We were moored in Aylesbury Canal Society's basin in Aylesbury and were able to get to know the other moorers a bit better. We enjoyed some socially distanced events to celebrate Easter and VE day. We performed a few songs from the balcony on one occasion.

Our church members were unable to gather, so we had broadcasts on Facebook, both for the Sunday services, and a short thought for the day on weekdays. We discovered that some people, who wouldn't normally be with us on a Sunday, managed to find us online and were able to engage with what was happening.

All our boating events were cancelled. This year we were to have taken part in the Milton Keynes mission at Water Eaton in June, followed by the Stratford River Festival, and the Saul Boat Festival in July. So we have no appointments, and no fixed itinerary. We can't even visit local churches as we go, but at least we can connect with our own church online. We feel a bit like Abraham, setting out from Harran with no planned route or schedule. 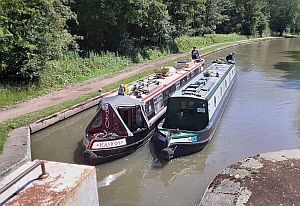 Teamwork with Kairos on the locks.

We left Aylesbury in early June, and it was a great privilege to travel with Chris and Sally on Kairos, up the Grand Union and Stratford Canals as far as Kings Norton Junction. There, Kairos turned left and Gabriel turned right. We cruised into Birmingham, and down the Wolverhampton 21 to the Shroppie, and we are now in Nantwich, Cheshire. Our loose plan is to return via the Trent and Mersey and Coventry Canals.

It has not been so easy to reach out to people as we usually do. We cannot invite them on board due to social distancing. We have managed to give out some leaflets, and we have given away two New Testaments, when we towed a boat in Milton Keynes, and when we gave some funds to a guy in need in Leamington Spa.

We have met some people we know, including Malcolm and Steph on Elisha, and Tim and Tracey on Sola Gratia. Also some special friends who used to moor in Aylesbury.

We want to make ourselves available to witness to people, and we pray that the Lord will make the appointments for us. We wait to see what He has in store for us. 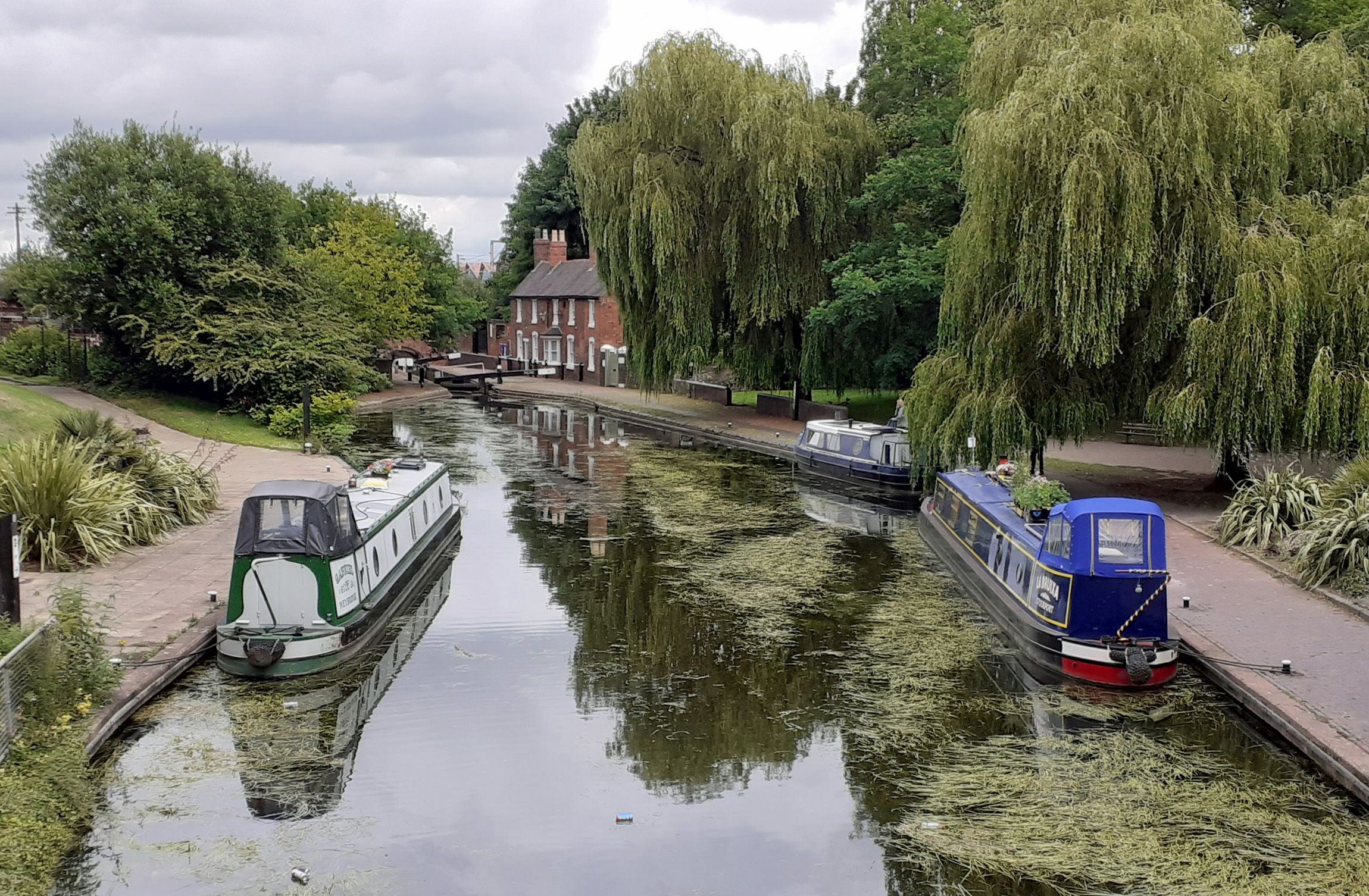 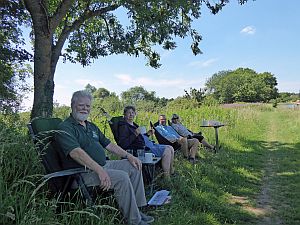 James and Hazel with Chris and Sally. 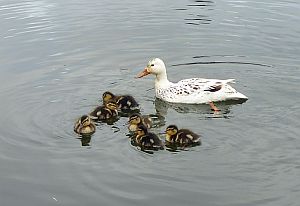 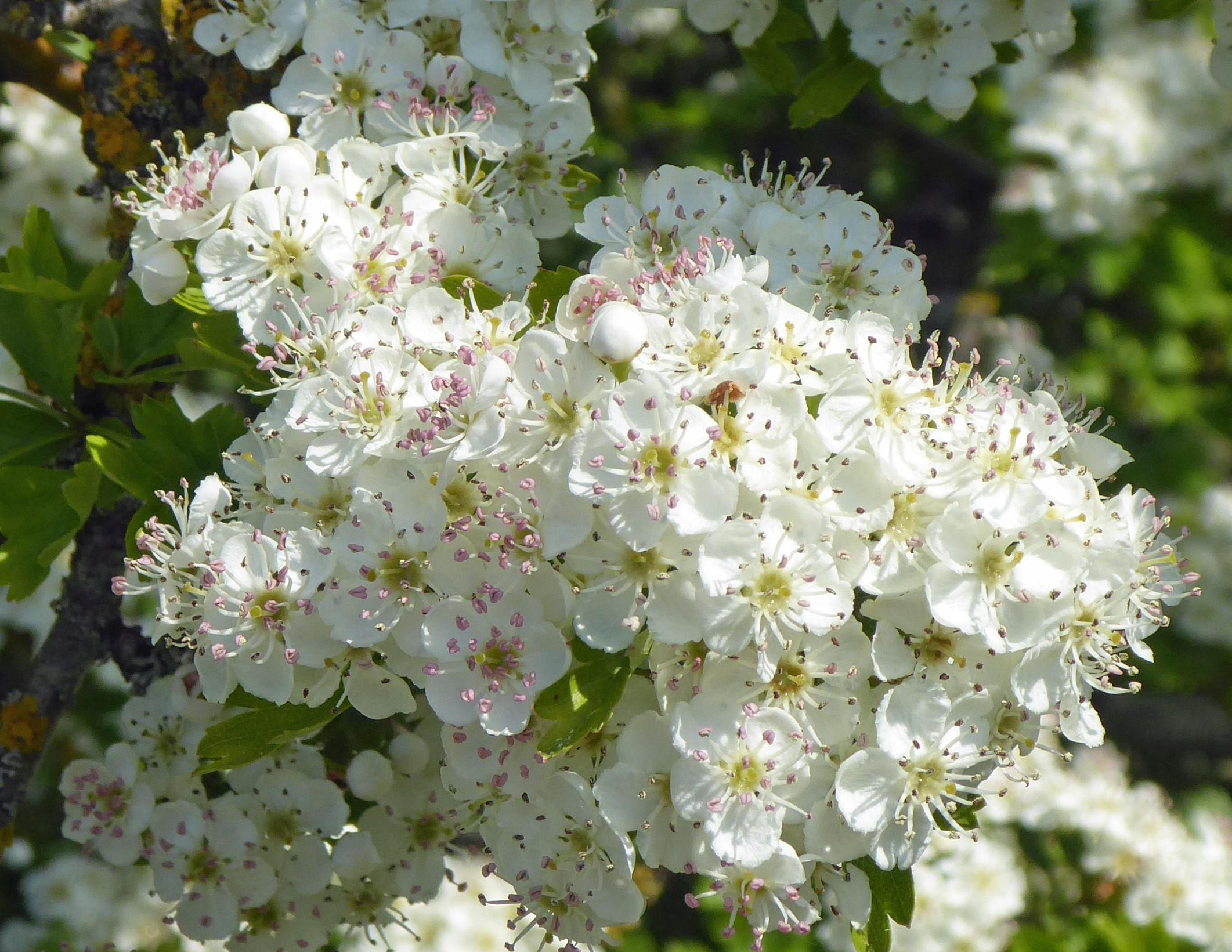 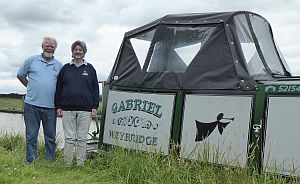