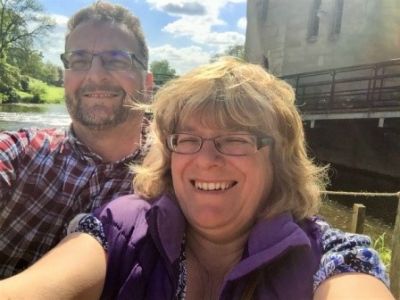 In 2014, we found our new home alongside that of Bill and Julie. Kairos had been left in their care by her former owner. Kairos had played an active part in Canal Ministries with her previous owners and God had no intention of it not continuing. Not only did we fall in love with Kairos but, if it is possible, fell in love with the area that we found the boat in.

Shropshire is a much understated area, rural and rugged. But not only is it full of beautiful countryside, the people are rather lovely too. Wherever you go, people are happy to talk. It’s like going back in time to when neighbour spoke to neighbour and people had time to stop and talk. Coming from the commuter south, it was all rather different. So we stayed and loved every moment we could be there.

In late April 2017, when we had to head south and move our home onto the Kennet and Avon Canal, we felt a real wrench. We remember well the silence in the car after we had moved the boat and returned to collect the car, Ellesmere disappearing in the rear view mirror. Both of us felt like we were leaving something very special and it had become our home. 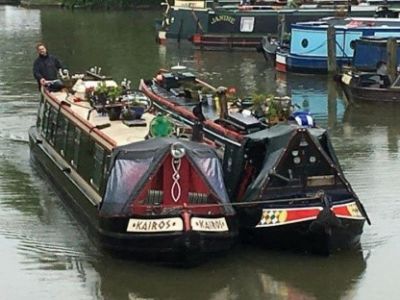 Breasted up with Gospel Belle.

We had the 2017 missions in Thatcham and Newbury, and whilst there an idea sparked. A thought of a mission for 2018 had been planned for Droitwich. However, in the end this wasn’t going to happen. So before I thought about what I was saying Chris had suggested Ellesmere as being ripe for a mission in 2018!

We are so glad Chris did say something, although the journey has not been an easy one. It has had its ups and downs. We have learnt a lot along the way, but to work with such a special team of people has been an honour and a blessing. Everyone has given us such great support as we cut our teeth on planning our first mission. To travel with Peter and Lin was also a real blessing. It may not have been straight forward, but God's timing ( the meaning of "Kairos") was very evident in it all. We thank our Lord for all His blessings. 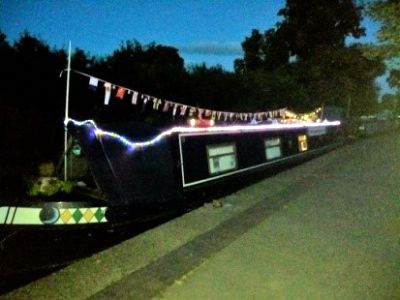 One of our brightly lit boats on the Ellesmere Canal arm.

We started Canal Ministries ten day Mission arriving in the Ellesmere Canal arm that used to be the loading point for fly boats that carried cheese from Ellesmere to Manchester. Our boats were prepared so they looked attractive and inviting.

We had a week of serving tea/coffee and cakes, enjoying music and interaction with passersby. Each morning we would gather for prayer and devotional times. One of the evenings we walked around the town and prayed for God’s blessing on it.

We held a Folk evening in a local hotel and an evening of personal testimony from Tracey Clarke. We had great interaction with some of the local churches; who would come along to the events and support our time. We also had time for an evening off enjoying a BBQ together, which some of our new friends joined us for. 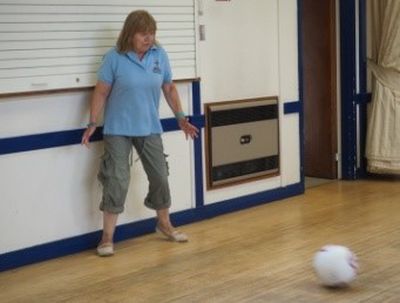 Sue Smith enjoying a game of football at "The Foundry"!.

The Cellar Church allowed us to run their youth club, The Foundry, for an evening. Fifteen young people turned up for a fun filled evening. Six of the children were new to the group and it was one of the best attended evenings since its launch in April. We had fun, and the young people all heard the Gospel that evening. Please pray for God's continued blessing on this evening.

The mission concluded with a Saturday fun day and a service at The Cellar Church lead by the Canal Ministries team.

Everybody worked together to deliver a day that is being talked about up and down the cut. The day was a huge success. We had music from James and Hazel, Roger and Mirijana. 300 burgers and 180 sausages in buns were given away. 120 cream teas and over 100 people went on boat rides. The Gospel was shared from the front of a boat every hour and then twice in the last hour. The Gospel was declared in many different ways. Jesus was at the centre of all of our hearts. 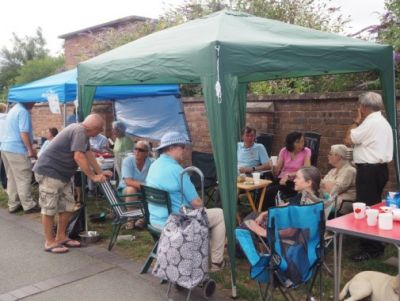 The Towpath Mission at Ellesmere was very effective.

The mission was a very special time, the feedback from this was very positive. Phil Wright, Pastor of TCC, said he would like us to return next year to do it again!

The Canal Ministries team is different to any other team we have had the privilege to lead. Why? Because without lots of time to prepare, it comes together as a unit and works. Yes, we have ups and downs, but manage to work them out. How? Because Jesus is the centre of all we do and we want to give the glory back to Him.

We have an awesome God who uses some rather wonderful people to do His will.

In His Name
Chris and Sally Buck
NB Kairos 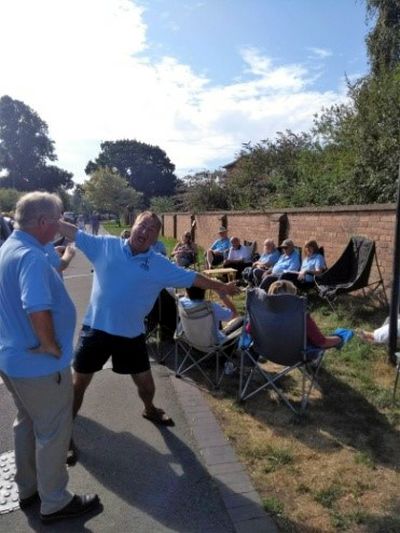 Chris on the towpath at Ellesmere.