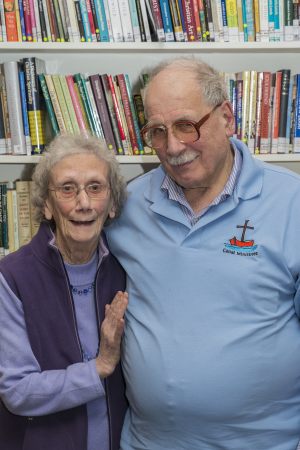 Carole and I both trained for social work of various kinds. Carole became a Christian through the first Billy Graham crusade. I was converted in mid-August when in my teens mostly, through Crusaders. I also trained for Christian Ministry.

We were then involved in various Baptist ministries in Brum until we moved onto canal boating in year 2000. We joined the Boaters' Christian Fellowship, subsequently becoming part of the Canal Ministries team when it was formed in 2005. Both of us then worked full-time as Chaplain Evangelists until 2011, when we became part-time boaters and winter housers.