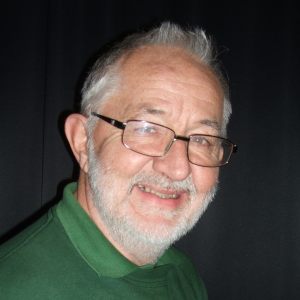 I was born at Brentor, on the western edge of Dartmoor, into a Christian farming family. We attended the village Methodist Church and when I was eleven an evangelist, Edgar Trout, preached at the annual Harvest Festival from Galatians 6:7. “Whatever a man sows that shall he reap.” For a farmer's son, it rang some bells and that is when I became a Christian.

A year or so later, the family joined the local Brethren Assembly at Tavistock. We did not realise it at the time, but us youngsters were so blessed to have two evangelically minded secondary school teachers running a very strong youth work. That is where I meet Celia, and we were married on her 21st birthday.

We were farming for the next 15 years before selling the farm and we took over my father-in-law's export company (which we still run, with rice being the main business).

All through this time we were both active in the church: youth work, ladies' work, speaking, running Alpha Courses, oversight etc. Our two boys were born, grew up, got converted, got married and moved away; jobs taking them to Sheffield and Manchester. This left us in a big house... like two peas in a drum, with grand children growing up a long way away.

When the boys were growing up, we took a few canal holidays and we developed ideas about living full time on the canals. But where would we go to church? One evening, Ce shot out of the office. She had found the Boaters' Christian Fellowship website and that tipped the balance. We sold the house, bought a boat and joined the BCF.

We have been living full time on the boat for 14 years. I have been on the BCF committee almost all of that time and involved in the many missions the BCF have run, working with Peter Atwill, who asked if I could serve as a Trustee when Canal Ministries was set up.

The full time living on the boat has now reached a natural end. We are now based in Sheffield and doing summer cruising only. We have joined the Antioch Church in Sheffield, where we are mentoring the many students, mainly from overseas, that come to the church. We are also supporting work with children from problem homes in Warrington, where our youngest lives, and Christian work in Guyana, where the rice we deal with originates and where we often visit.