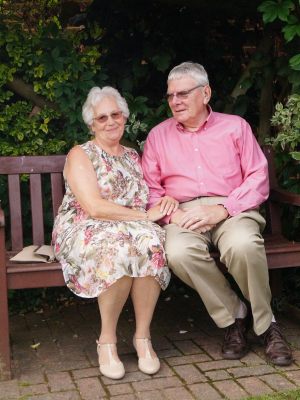 I was introduced by my parents in the 1970s to canal boats. They had previously been boating on their own on the River Severn. For many years my wife, Jean, and I hired boats and had many enjoyable times with our two sons.

I was a teacher, teaching Computer Science to A-Level and was offered early retirement. I retrained and became the pastor of a church. During this time, I became friends with Peter Atwill, who was then working for Home Evangelism. When our grandchildren started coming along, my wife and I decided to retire early again and move closer to them to be able to help.

In 2003, we became proud owners of narrow boat ‘Free Spirit’ and joined the Boaters' Christian Fellowship (in order that the stickers on the boat did not need to be removed!). In 2005 to celebrate the tenth anniversary of the BCF, it was planned to hold a ‘Mission to the Heart’. Discovering that Peter Atwill was travelling up to Nottingham on his own, my wife and I decided to accompany him.

While moored in Hemel Hempstead, Peter knocked on the boat and told us that he had had a telephone call from Lin, his wife, to say that, due to financial problems, Peter's services were no longer required. It was at this point that I telephoned back home and arranged for papers to set up a Trust, which were sent to an address that we would pass. There on the boat, Peter and I sat down and filled in the papers to start the formation of the Trust. On reaching Stone, Peter shared his plans with four other boats and Canal Ministries began to be born. It was in January 2006 that we met together in Shallowford House and the Trust Deed was signed and the Trust came into being.