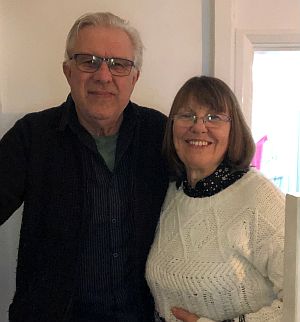 Henry was born in Ashford, Kent and lived in Bethersden, a village near Ashford until he was 21 when he married Lin in 1969. They then moved to Fareham Hants.

They have 3 children, numerous grandchildren & great grandchildren. Moving back to Ashford in 1980, They both became Christians in 1985.

In 1986, Henry started his own business, Precision Engineering (Kingsnorth Engineering Ltd. He ran it for 19 years, when his eldest son took over. Henry took early retirement and he and Lin lived on a Narrow Boat to evangelise on the waterways. Joined Boaters Christian Fellowship and Canal Ministries.

After 13 years afloat, they moved back to Ashford and are now enjoying Church life. Henry became Trustee in 2019.