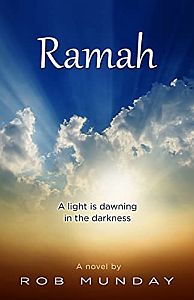 We run two boats. Ocho, the boat on which we live, and our day boat Litania.

Lockdown over the past two years have constrained our movements, but have given a lot of opportunity to serve in the boating community. Our day boat, Litania, became a food bank hub while the local food bank was closed and most of the volunteers were shielding. Later, together with the local boaters group ‘Floaty Boat’, she was used to deliver fruit and veg boxes to the live-aboard boaters between Bradford on Avon and Bath.

Over the last few years, Litania has been used as a meeting point for boaters with Julian House, the local Homeless and Traveller charity. Sometimes this had special focus, such as Fire Safety or Boat security and, on several occasions, Health promotion.

In the winter of 2020/21, Bath and Wiltshire Public Health departments, together with Julian House, came up with a project to use Litania as an outreach vaccine clinic for the Boating Community. After assessment by CQC and the local CCG and production of long risk assessments, she was deemed acceptable and a Flu vaccine clinic was run in one location as a trial. The professionals involved were very pleased with how it ran and it was well received by the boating community, so the project was extended to provide Covid-19 vaccines.

In early April, we set out with both Litania and Ocho from Bath, calling at 12 locations where local vaccinators, Public Health and Julian House staff came to man and supervise the vaccine clinics. They were long days, starting early to get the Litania prepared and then cruising into the evening to get to the next destination. The initial part of the cruise was still during lockdown, so it was a challenge to find appropriate mooring sites as boaters could not be asked to move because of the lockdown rules.

We were especially welcomed into Caen Hill Marina, who treated us very well. There was a brief hiccup when we found Caen Hill flight was still on winter closure times, but some frantic calls saw the lock keepers keep the flight open for us to be able to get up in the afternoon. Caen Hill flight is a lot of work, but one enthusiastic vaccinator came with his family and worked the flight with other friends, so we were able to complete the 29 locks in under four hours! A fortuitous space on Devizes wharf, and the cooperation of the landlord at a local pub, saw us through to the end of the initial lockdown when CRT felt they could reserve spaces for us on the wharfs and we were able to proceed to Wooton Rivers without more difficulties.

A four week wait on the Marlborough Downs before the return trip was a welcome break and the return cruise was an equally big success. Friends and volunteer lock keepers helping us down the Caen Hill flight and on through the next seven locks and five swing bridges. In all, nearly 300 boaters were vaccinated.

Over the summer, we were able to welcome Aspire Academy back for cruises during June but, with many groups having vulnerable members and being cautious, we were not at all busy. Later in the summer we travelled, together with Peter on Gospel Belle, as far as Newbury, meeting the many new friends we had made during the vaccine cruise. It is a privilege to be part of the boating community and to share in the way they have cared for each other during the pandemic.

Returning to the Western End of the canal, we were approached again by Public Health to use Litania for a booster cruise. We were a little concerned that it could not take place till the end of November to comply with the six month interval between vaccines, and also that the vaccines would be confined to over 50s. But in the event, just before the flyers were printed, the age requirement dropped to 40. Rob cycled 80 miles on the tow path pinning up posters and, together with colleagues from Canal Ministries, Julian House and Waterways Chaplains, we delivered flyers to every boat on the 40 mile stretch. By the time of the cruise, the concerns about Omicron had started and many boaters came for vaccines.

With the winter weather and short days, the cruising was more of a challenge than before. With boaters having to wait outside, we arranged to provide soup, hot drinks and cakes to keep spirits up and toes warm. There was a great atmosphere among the vaccine staff and boaters, and the log burner on Ocho served as warm respite to enable shore staff to thaw out. Again, volunteers helped up the locks and on the Caen Hill flight. We also had two nights courtesy of Caen Hill Marina, when we could benefit from hot showers and electric hook up and, with mooring spaces reserved for us by CRT, the difficulties of the cruise were mitigated. We finished in the middle of December and made our way back down to the Western End. Over 200 vaccines had been given and we were reassured that no boater who needed the vaccine had not had the opportunity. It took us some time to get back to home waters and no sooner had we moored up than we both came down with Covid ourselves. But the local boaters came up trumps and made sure we were did not go short of food medicines and treats.

So where do we go from here? Our good friend and founder of Canal Ministries Peter Atwill, who has always been nearby, is now retiring. Waterways Chaplains are moving on, but we have new chaplain, Nicola, who has started in this area which is a great encouragement. What is the future for Litania? We are both now in our 70s and though the spirit is willing, the flesh is sometimes a little stiff both in the joints and between the ears.

Here are some links to reports about the vaccine cruise:

Also, Rob has just had a book published. It has nothing to do with Canals!

In His Name
Rob and Trish Munday
NB Ocho